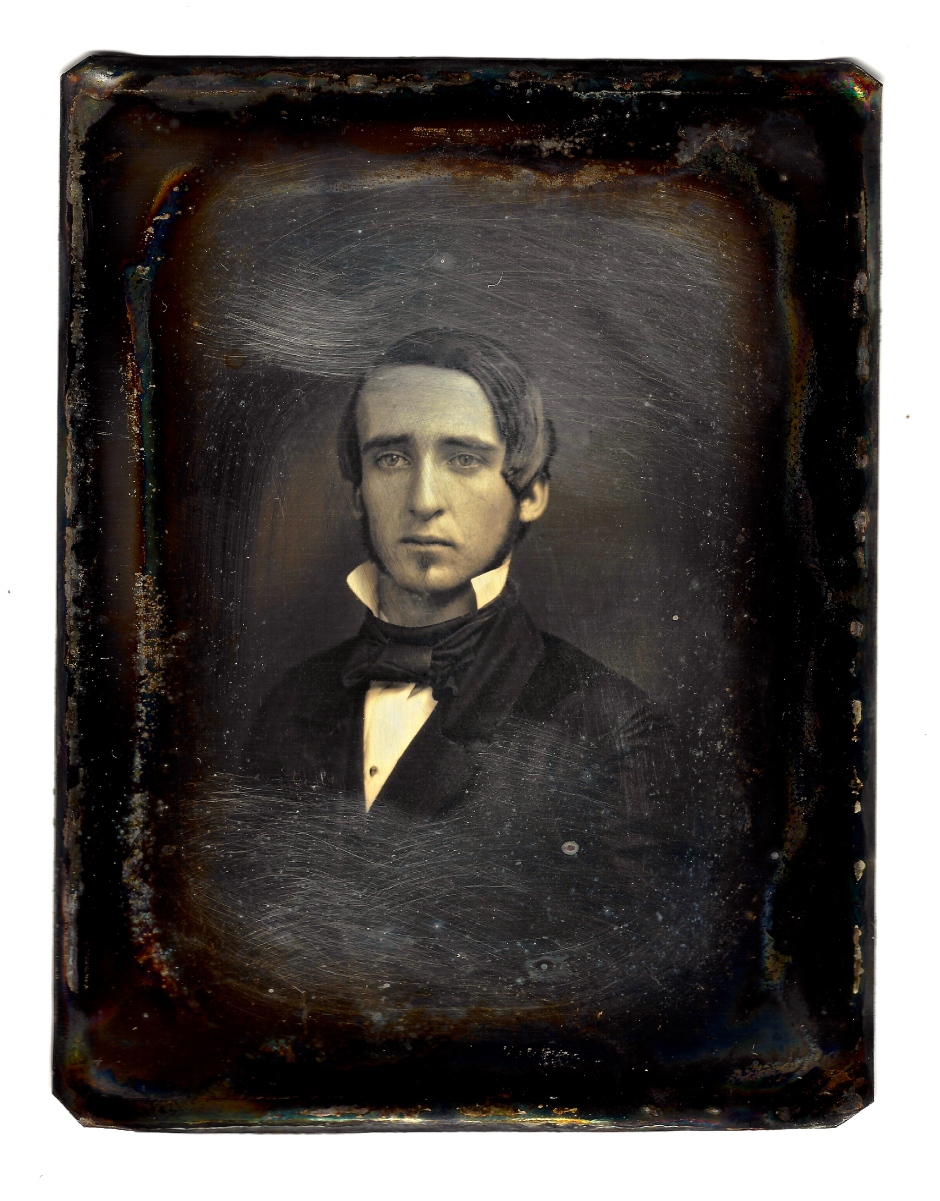 This 6th Plate daguerreotype features a young man who had his portrait taken in one of the studios of Jesse Harrison Whitehurst (1823-1875). A native of Virginia, Whitehurst opened his first gallery in Norfolk in 1843, and later operated galleries in Petersburg, Lynchburg, Richmond, Baltimore, Washington, and New York City. He also made a number of technological advances in the Daguerreotype process, and trained many Virginia photographers. Curiously, I bought this quarter-plate dag paired with a 6th Plate dag of what looks like a painting of the same subject (see below): 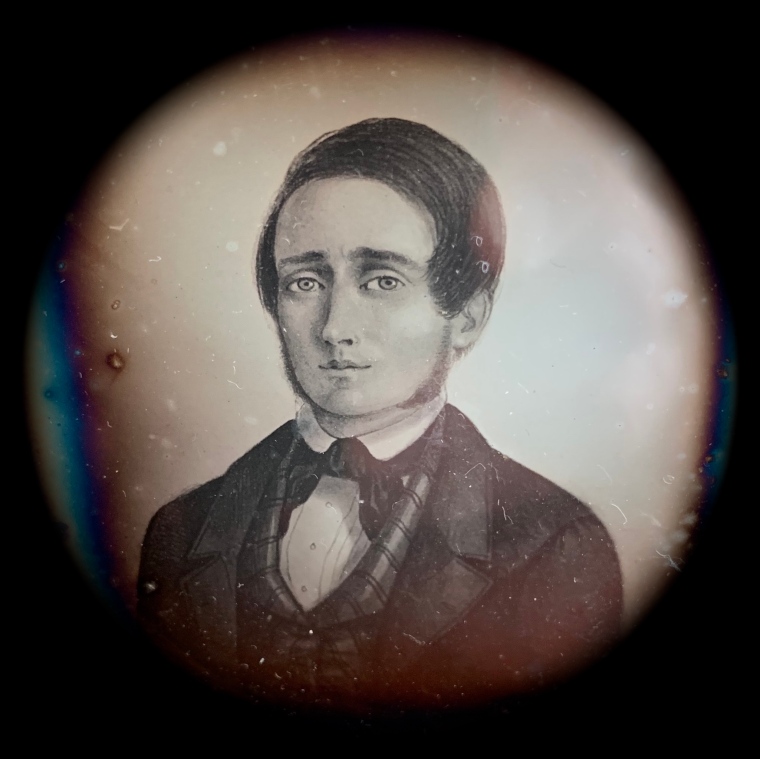